In this update, we're fixing a decent amount of bugs found over the past 2 weeks, some game-breaking and some not so much. We appreciate everyone who helped find these bugs and report them to us, and we also appreciate those that helped us test the fixes! Please remember to report bugs at https://auroramc.net/bug-report/ if you find any!

General
- Fixed a bug where hot potato would not display correctly in the /viewgames menu, making it not able to open properly.
- The report reasons in /report are now sorted alphabetically.

Forums
- Fixed the filter still changing words to "HONK!" instead of it being consistent with the words used in game.

Lobby
- Fixed a bug where chests from crates would remain open when opening another crate for any player who saw the previous crate opening.
- Fixed a bug that caused Emotes to not be given when opening crates, causing emerald crates to bug out when a player has all cosmetics.
- Fixed a bug where you could open chests that appear during Crate Animations as if they were regular Minecraft Chests.
- Added an 'Ongoing Games' section of the game menu to allow players to see what games are currently ongoing.

Game Engine
- Fixed a bug where rain would appear randomly if the weather changes mid-game (for real this time).
- Fixed a bug where if the Grappling Hook gadget was enabled, you could use it in games where a fishing rod was obtainable (for real this time).
- Fixed a bug where, for team games, the last player leaving would not result in the game ending.
- Fixed a bug with Twerk Apocalypse where the fake players would spawn in the air if the map had any blocks above the players.
- Fixed a bug where a server would get stuck in a gameplay state if all players left the server before the game timer had finished.
- Fixed a bug where random sponge blocks would not get removed correctly when a map is parsed & pushed to the network. (this cannot be 100% verified, so if you spot any sponge on maps, please let us know through a bug report)
- Fully implemented voided games.
Voided games are games where something in the game occurred which meant the game was no longer valid. Voided games do not contribute to your statistics or rewards and any gained during voided games do not apply to your account. Normally, voided games will only occur in the event an admin uses a gameplay-effecting command, an admin ends the game early, or if the game occurs in a test mode server.

Paintball
- Fixed a bug where the game would not end if a team's lives would be less than 0 after a player dies.
- Players are now set into adventure mode to prevent players from reaching spots that would not normally be possible.

Internal
- Fixed some bugs with backend debug commands
- Added ability for staff to view the reports of prospective applicants for Junior Mod.
- Added an easier way for Filter Managers to update the filter in-game.
- Reworked our internal map parser so as to make parsing maps much easier.
- Add an easier way for our builders to find and fix map exploits/issues. 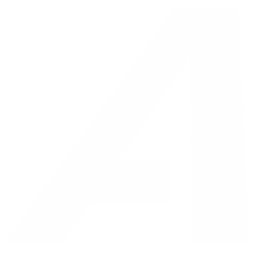